Here’s what the contrapuntal poem type is:

Contrapuntal poems utilize a combination of multiple poems to create one larger composition that attempts to be more than the sum of its parts.

While they are comprised of two or more distinct poems, contrapuntal poetry is done by clever formatting and writing so that they “converse” with each other.

If you want to learn all about the contrapuntal poem type, then you’ve come to the right place. 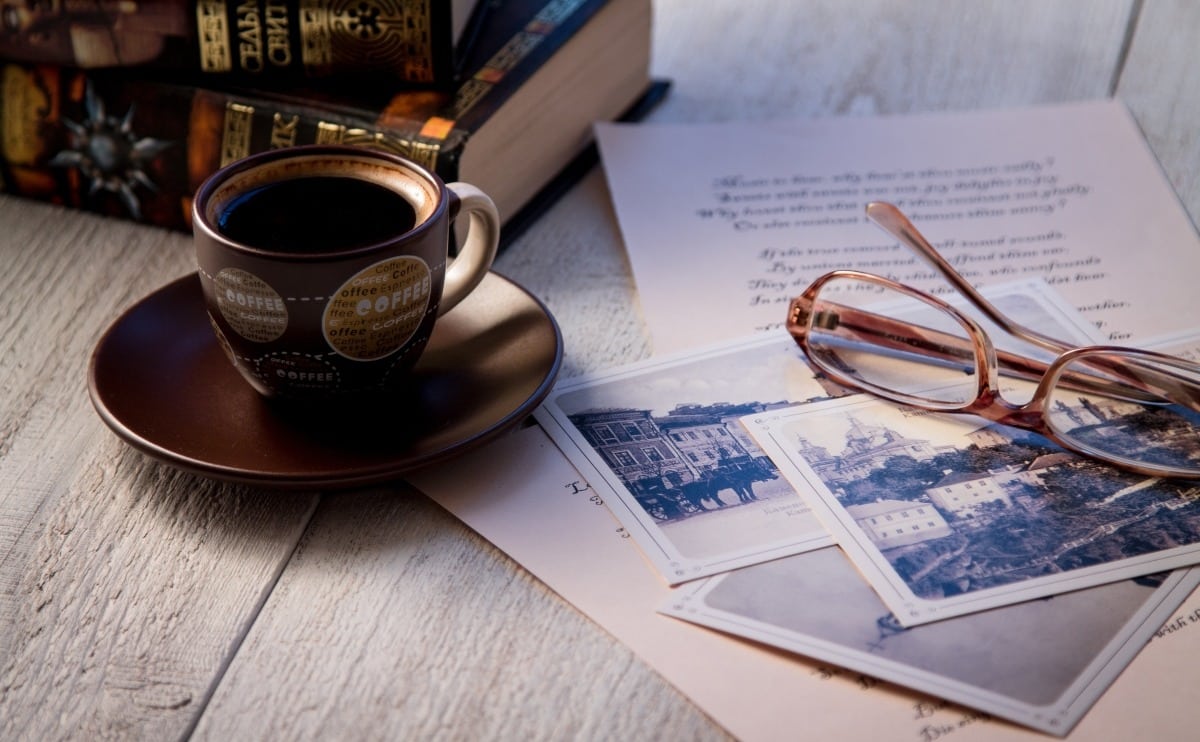 What Is Contrapuntal Poetry?

Contrapuntal poetry explores the idea of combining two poems in some way to create a third poem out of their shared concepts or pieces.

This might involve overlapping the poems, placing the poems side by side on the page so that they produce a third poem when read across from left to right, or writing the poems in a Venn Diagram such that a third poem appears in the middle of the two poems.

This is a largely informal form that relies less on having one predefined method and more on the central idea of having two poems, which either form a dialogue with each other or physically generate the third poem on the page through various means.

The concept was likely inspired by contrapuntal music, in which multiple independent melodies come together, equally weighted, to create a new harmony.

The word “contrapuntal” simply means counterpoint, speaking to the interactive nature of contrapuntal music and poetry.

What Are the Basic Properties of Contrapuntal Poetry?

What Are the Key Features of Contrapuntal Poems?

Contrapuntal poetry has a tendency to play with the actual layout of the poem on the page and is thus similar in nature to concrete/shape poetry and some postmodern experiments with the format.

Regardless of the type of contrapuntal poem, the goal is always to write two poems that come together in some way to present a third poem.

One way to do this is by having the two poems be presented side by side on the page using columns, such that the poems can be read individually or as one poem that goes across the columns.

An example of this method will be presented below, utilizing a table to divide the columns.

The above example creates three poems depending on how it’s read, as is the goal of contrapuntal poetry.

The left and right sides of the table each represent their own poems, but it’s also possible to read from left to right down the entire table to see a third poem fully utilizing both.

The key difference is that it then becomes possible to only use parts of each poem in the third poem, instead of the third poem inherently containing every line of the first and second poems (as it necessarily does with the column approach).

Another way to organize contrapuntal poems is to write them or present them as dialogue.

This generates a poetic duet in which each voice is reading its own poem to the audience, but in a way that ultimately creates a conversation of sorts between the two poems.

There was once a sort of logic to our lives
Logic never factored in for me
Everything was simple and we thrived
I was distracted by love, you see
Now a muddled chaos keeps us apart
At long last my voice is free
All because you voiced your heart
I shouted, hoping you’d find me
And now the logic is no longer alive
I await the answer that needs to be

The above example is comprised of two voices in a clearly different mindset. The implication of the poem is that there has been a love confession between the two voices.

The voice written in plain font seems distraught by the confession, feeling like the peaceful structure of their lives has been disrupted.

Meanwhile, the voice in italics claims to have never felt a sense of stability, instead of focusing on a narrative of feeling unheard until they finally confessed their feelings.

When the two voices are combined, we see something that functions almost like an argument between the two.

Each voice contributes to the central conflict of the poem, resulting in a distinct poem that mixes the rhyme schemes and narratives of the two voices into something more complex than either voice alone.

What Are Tips for Writing Contrapuntal Poems?

There are multiple ways to approach contrapuntal poetry. First, do not try too hard to control all three poems.

While you should correct lines here and there so that the third poem sounds meaningful, it’s not necessary to overtly decide what poem A, poem B, and poem C will be about when you begin.

For a piece-centric approach, you would write the two poems almost completely separately, only bearing in mind that they will ultimately be presented as a contrapuntal piece.

You might even write them as separate poems first and apply the formatting that makes them contrapuntal after.

Of course, you do still need to choose topics and word choices for the poems that will make them naturally relate to each other in some way.

After both separate poems are done, you then look at what is generated when you combine them.

If you kept up a central thread while writing, then you should be able to find some interactions between the lines that are interesting, regardless of whether they’re grammatically correct or not.

From there, you can make tweaks and edits throughout the poems so that the third poem is stronger, being careful not to disrupt the original poems too much in the process.

Let’s say you want the final poem to be a discussion between a husband and a wife where they explain the moment they fell in love.

You first establish the full story in your head right from the beginning, with an omniscient view of the two characters and how their accounts will differ from each other.

Maybe she realized it was love at first sight and was only waiting for him to realize it, while he didn’t realize he was in love until he saw her eyes light up at an art exhibit.

The over-arching narrative might tell the full story from when they met to when they went to the art exhibit together, while each character is more focused on their moment.

Whatever approach you go with, contrapuntal poetry will always be complicated.

You may have to make small concessions here and there to make the interplay between the two poems work and you may find that ideas you initially had don’t work in practice.

Just keep chipping away at each line, a few words at a time, until you arrive at a result you’re personally satisfied with.

Contrapuntal poems often rely heavily on how they’re spaced on the page. If you physically move even one line then it could ruin the whole poem.

This alone makes them problematic since the writer, editor, and any typesetters all need to be on the same page.