Here’s what the hay(na)ku poem type is:

The hay(na)ku, which was originally to be called the “Filipino Haiku,” was an invention of Filipino-American poet Eileen R. Tabios.

The form consists of a single tercet with lines of one, two, and three words, in that order.

Syllables are not counted.

If you want to learn all about the hay(na)ku poem type, then you’ve come to the right place. 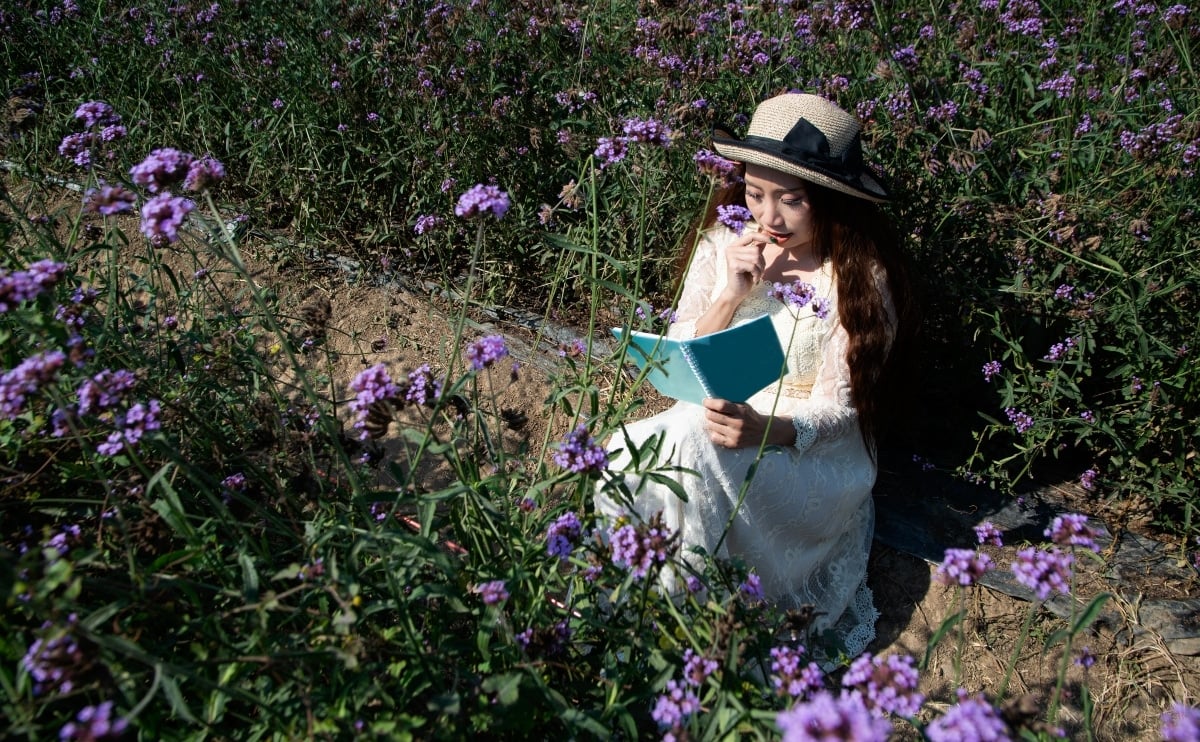 What Is the Hay(na)ku?

The hay(na)ku, invented by Eileen R. Tabios in 2003, takes its main inspiration from the more popular Japanese haiku.

The form is incredibly simple, being a single tercet comprised of only six words, though the syllables are not counted.

According to posts by Tabios the form was initially conceptualized as the Filipino Haiku, essentially meant to be a variant of the haiku that belonged to and represented the Filipino community.

The unusual name “hay(na)ku” was apparently coined by Vince Gotera as a play on words.

And yes, the parentheses are a mandatory part of the term, unfortunately.

What Are the Basic Properties of the Hay(na)ku?

How Is a Hay(na)ku Structured?

Unlike the western variant of the haiku, which counts syllables, the hay(na)ku counts words.

The resulting poem is still a tercet but is often significantly shorter than a typical haiku because of the extreme brevity of each individual line.

The easiest way to remember the structure is to literally count to three.

As a result, the hay(na)ku will always have six words, which will usually result in an even shorter poem than the similar haiku from which it borrows parts of its name.

While this is the full extent of the basic hay(na)ku, poets have been quick to experiment with variations (as per usual).

Examples include the reverse hay(na)ku, which inverts the word counts on each line, the chained hay(na)ku, which links several tercets together, and the haybun, which combines a hay(na)ku with prose (much like its haiku counterpart, the haibun).

Aside from the word counts, there are no other limitations assigned to the hay(na)ku.

There’s no pressure to include rhyme, a poetic turn, or any other techniques you might generally associate with poetry.

The point of the hay(na)ku is to say as much as possible with only six words.

What Is an Example of a Hay(na)ku?

There’s blissfully little to explain about the hay(na)ku.

It’s important to imply emotions as concisely as possible.

The above example uses “Mother” instead of “she” for exactly this reason.

By giving the character a name or title, we can imply their relationship with the speaker instantly.

The phrase “turned slowly” also has a sad connotation, so while we don’t know why this particular moment is sad, we do have some indication that all is not well.

It takes decades
to understand
moments.

This second example is a reverse hay(na)ku. Take note that the length of the words in both examples is irrelevant.

Whether you use “I” or “taxidermist,” one word is one word.

Summer
struck hard
as a truck

burning
my energy
to a crisp

until
only laziness
lived within me.

And finally we have a chained hay(na)ku.

This one uses cross-stanza enjambment to get as much real estate out of the brief exchanges as possible.

The short gasping breaths of the hay(na)ku make it an appropriate form for topics like heat, passion, and beauty, though you can certainly come up with your own ways to take advantage of the form’s brevity.

What Are Tips for Writing a Hay(na)ku?

You won’t be explaining the Communist Manifesto in six words.

The hay(na)ku typically demands that you imply certain meanings and narrative elements without ever saying them out loud.

Connotations will be especially important.

In short, think about how you say things and take advantage of how important that distinction is.

There’s a big unspoken difference between saying “he looked up” or “he gazed skyward.”

Make sure every word that can hold some sort of feeling has an implied meaning to go along with its literal meaning.

Overused words contain many good examples of what to avoid.

Instead of saying someone “smiled” you might say that they “smirked” or “were beaming.”

While word choice is always integral to poetry, short forms like haikus and hay(na)kus require a special attention to what words you use and how you use them.

Metaphors and similes tend to make for good hay(na)kus, too.

The length is just barely long enough to make a comparison, so consider writing a few hay(na)kus based on these techniques to get a feel for the strengths and weaknesses of the form.

I am passionately against including punctuation in the middle of any word, ever.

Would you like to count how many times I had to hold down the Shift key to shortcut in a set of parentheses?

I’ll leave it to your imagination to guess how I felt about that.