Here’s what the metered poem type is:

Metered poetry is simply any poem that is written with a meter.

Metered or metrical poetry uses a regular rhythmic pattern of both stressed and unstressed syllables.

If you want to learn all about the metered poem form, then you’ve come to the right place. 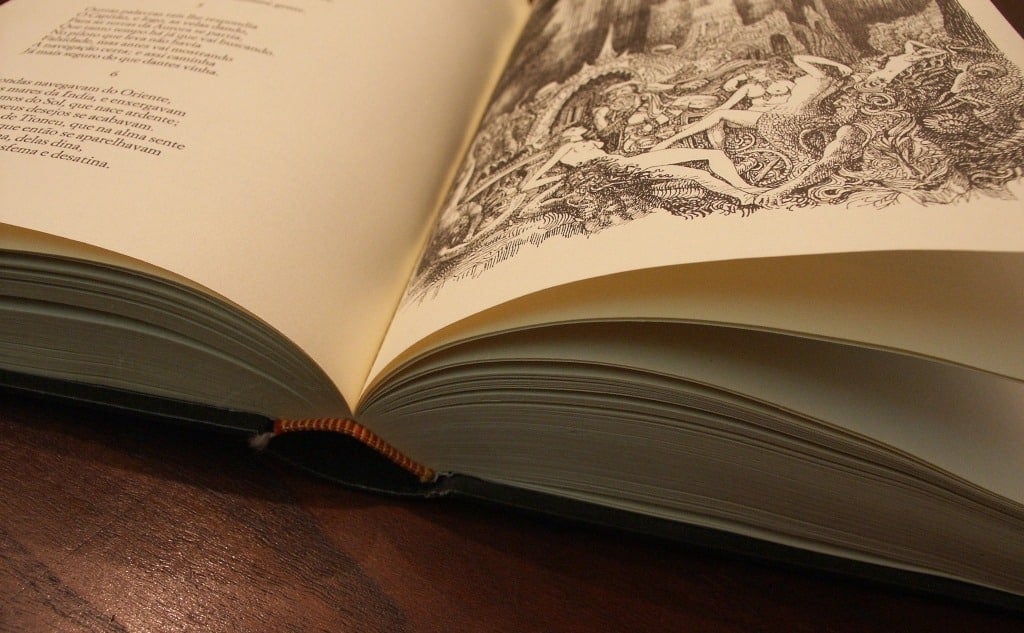 What Is Metered Poetry?

Metered (or metrical) poetry is put simply, any poem that is written with a meter.

It’s important to note that while formal poetry is generally metered, at least in western culture, metered poetry is not a synonym for formal or traditional poetry.

Rather, it refers specifically to the use of a singular phonetic technique that has been around since time immemorial: Meter itself.

A free verse poem can be metered, although it doesn’t have to be, and a great many forms (such as sonnets) thrive on the mandatory inclusion of meter.

Meter, in the strictest sense, is just a description of where the stressed and unstressed syllables of a poem are, so we’ll start there.

What Syllables Are Stressed?

Meter is measured based on the stresses of the syllables in a poem and may or may not be consistent across a poem but will usually stick to one or two meters so as to maximize the effect.

The ‘stress’ of a syllable refers to the way you would vocalize the word.

Try saying the word ‘impress.’ Do you naturally emphasize the first syllable or the second? Are you saying IM-press or are you saying im-PRESS?

This difference between which syllables of a word are being stressed when you speak sits at the foundation of a meter.

While it can differ from language to language, there are certain patterns that emerge, even when we speak normally.

It should be noted that, because stresses in a line are comparative, it can sometimes be vague as to which syllables of which words are stressed.

While you could, in theory, sit next to a dictionary and check the phonetic notation of every single word you use, I have never known a single writer that does this. Nor does it seem especially wise.

The general rule of thumb is that most people will agree on where most words are stressed, and no one will complain if the meter of a poem you write seems to arguably deviate in one or two places.

It’s simply understood that language is a living breathing thing and that we can only make it objective to a certain extent.

The syllables we do not emphasize are naturally referred to as ‘unstressed.’ The individual terms that makeup meter are quite simple when you break them down, but it all begins with stress.

What Is a Metric Foot?

Stressed and unstressed syllables, discussed above, are ultimately then divided into feet to describe the pattern of the lines.

As an example, an Iamb is an unstressed syllable followed by a stressed syllable. Iambic poetry tends to be punchy and decisive since the end of every line will feature emphasis.

There are several types of feet, each describing a different type of meter.

These patterns are detailed in the table below.

Of these, most poets would agree that Iambic and Trochaic are the most natural fits for an English speaker.

Our language just happens to have a flow that fits well when every other syllable is stressed.

Iambic, in particular, is by far the most common meter in English poetry, having been further popularized by the works of Shakespeare.

You might have also noticed that there are syllable counts in the table.

A foot represents an entire unit of meter and as such the actual syllable count can differ. This will be important when we go into the next section, so keep it in mind.

The tri-syllabic feet are far less common, but they do have a rich history.

Amphibrach, for example, is mostly known for its usage in Greek and Latin poetry.

There are also special ways to note these meters, using symbols.

Some people use slashes and dashes, others use special phonetic symbols that look almost like letters, etc. But the general principle is the same.

For reference, the symbol [`] is used by most dictionaries to denote stress.

How Is Meter Measured?

As mentioned previously, the meter does not actually go by the number of syllables.

Many people, including many teachers, say that a sonnet is in Iambic pentameter because it has ten syllables. This is not how it actually works, though, or at least not a full explanation.

As mentioned previously, there are feet that have three syllables instead of two.

As such, a poem written in an Anapestic pentameter would consist of five Anapestic feet for a total of fifteen syllables. Both are pentameter, but the syllable count is different.

The number of feet in a line determines its meter.

You will rarely encounter lines longer than these, though it isn’t inconceivable. The most common among these are tetrameter and pentameter.

These are the lengths that most formal poems default to as well.

What Are Examples of Meter?

It may be that the gulfs will wash us down:
It may be we shall touch the Happy Isles,
And see the great Achilles, whom we knew.
Tho’ much is taken, much abides; and tho’
We are not now that strength which in old days
Moved earth and heaven, that which we are, we are;
One equal temper of heroic hearts,
Made weak by time and fate, but strong in will
To strive, to seek, to find, and not to yield.

The above poem is an example of blank verse, a poem that is written to a set meter but without any rhyme scheme.

Here we see the classic hallmarks of an Iambic poem, with its distinctive punchy endings and soft beginnings.

Follow the sound of your voice as you read the poem. You should notice that the highs and lows seem to ‘bounce’ to the rhythm of unstressed, stressed.

It was many and many a year ago,
In a kingdom by the sea,
That a maiden there lived whom you may know
By the name of Annabel Lee;
And this maiden she lived with no other thought
Than to love and be loved by me.

Annabel Lee is a poem written entirely in anapest, with the prevailing theory being that it was chosen to mimic the rolling of ocean waves to fit the setting of the poem.

Anapest is a particularly tricky meter to master.

Though not the most obscure, Poe (being ruthlessly talented) makes it seem completely natural here and you would be forgiven for not noticing that this poem is, in fact, metered.

What Are Tips for Writing Metered Poetry?

The best way to write a metered poem is to write each line one at a time, starting off slowly.

Compare the words on the page to the meter in your head as you read, as if you were bouncing them on your tongue.

One trick is to purposely overexaggerate the meter to the expected rhythm while you read out loud, to see if it sounds unnatural.

While you write, make sure you’re keeping the rhythm in your head.

So for Iambic, you would want to internalize a beat of bum-BUM-bum-BUM-bum-BUM and compare that to the poem, to see if it sounds right.

Our ears are easily the fastest way to single out the meter, so make sure you take advantage of that.

Otherwise, you would have to resort to the method I alluded to previously. Checking each individual word in a dictionary that features the phonetic symbols.

That sounds horribly boring and could turn you off poetry forever, so maybe stick with the tried and true “Sing it in your head” approach.

When you notice that the meter is off, you’ll be surprised at how easy it usually is to fix it. Missing an unstressed syllable?

Add a filler word like ‘the’ or ‘with.’ Your stresses got reversed? Just rearrange the sentence.

Use adjectives, adverbs, and other ‘optional’ words to fill in gaps in the rhythm.

It takes a little practice, but it’s really not that hard once you start to get a feel for what types of words go where.

I have yet to meet anyone who is neutral on the subject.