Here’s what the occasional poem type is:

Occasional poems are written to describe a certain occasion or event. These poems are typically intended for public reading or performance.

Because occasional poetry is originally intended as a performance, they are often lyric or written with a particular rhyme, meter, or sound repetition.

If you want to learn all about the occasional poem type, then you’ve come to the right place. 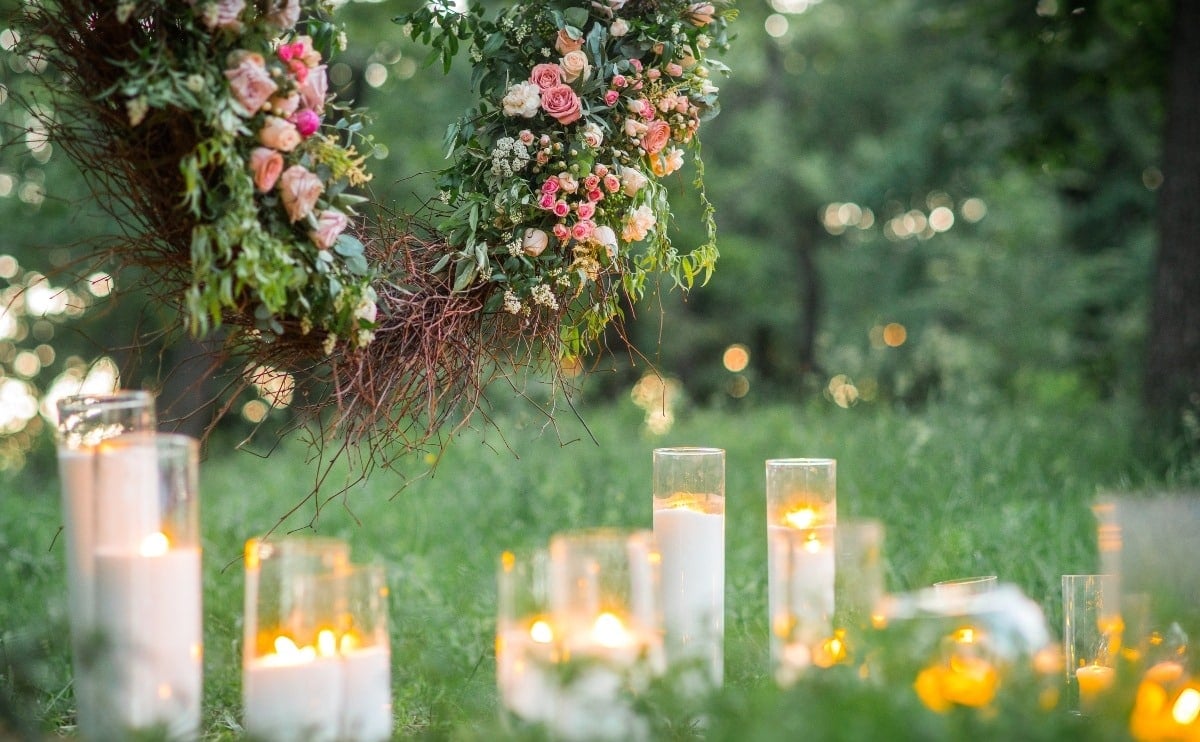 What Is Occasional Poetry?

An occasional poem is written to comment on or commemorate some special event, especially regarding traditional events and large public gatherings.

Examples of occasions where a poem may be shared include weddings, parties, funerals, victory celebrations, and political speeches.

Occasional poetry is an umbrella term referring to any number of poems written for weddings, funerals, major speeches, and other public or private events.

As a general rule, occasional poems are typically written to be read out loud in front of an audience.

This audience may vary from a small family to a gathering of thousands, but the key component of an occasional poem is that it’s made specifically for that occasion, often with no intention for the poem to be used anywhere else afterward.

What Are the Key Components of Occasional Poetry?

The most obvious component of an occasional poem sits right in the term: It’s for an occasion.

Poetry has a long history of being shared orally in public settings, and while it may not have the same prevalence as it did in the days of bards and troubadours, it still tends to find itself contributing to major events in our lives.

A poem may be shared at a festival meant for a specific holiday, as part of a political speech, at a retirement party as an ode to the departing team member, or for any other number of events ranging from professional to deeply personal.

Because occasional poems are almost exclusively written for oral delivery, it’s not uncommon for them to employ phonetic techniques such as rhyme, meter, sound repetitions, etc.

None of these are mandatory, however, and it’s entirely possible for an occasional poem to sound no different than a speech, albeit with more attention to aesthetics.

While knowing your audience is important in all forms of poetry, occasional poetry typically seeks to strike especially deep chords with the target audience.

It’s not uncommon for an occasional poem to use terms, jargon, and in-jokes that appeal exclusively to the intended listeners.

An occasional poem is meant for that day, at that moment, and as such rarely needs to make concessions to avoid slang, topical humor, or other fleeting references.

Some occasional poems may be explicitly written in the hopes that they’ll be remembered, especially if presented by politicians or celebrities.

However. the vast majority of occasional poems are recited once and then lost to the passage of time along with the event.

What Is an Example of an Occasional Poem?

I vow to be your fireplace
when a cold winter blows through.
I vow to devote my everything
to supporting and loving you.
Our children will never want
for I will work hard to provide.
No matter how rough the tides,
I will be standing by your side.

You gave me everything I needed
when you agreed to be my wife.
Though it be a humble compensation,
I offer my heart, my home, and my life.

The above example represents a groom’s vows to his bride, delivered in the form of a short poem.

Occasional poems can be of any length or style but are usually intertwined with some traditional moment for delivering words in a public space.

Their intent is usually to make the moment slightly more memorable and poignant for those involved, with weddings and funerals being the most obvious and common examples.

What Is the History of Occasional Poetry?

Occasional poems trace their roots about as far back as the recorded history of poetry in general.

The concept of sharing a few words, often in the form of a poem, to commemorate a special occasion is deeply embedded in human society across nearly every culture.

Early examples of occasional poetry tend to be lyric poems, from a time when poetry and music had not completely branched off from each other yet.

They were often written to be delivered with musical accompaniment or to have some form of musicality in and of themselves through the use of standardized forms.

Many subgenres, such as dirges, victory odes, and paeans, are ultimately branches under the umbrella term.

Ancient Greek and Roman culture were especially fixated on occasional poetry, with poems for nearly every major social event.

Ancient poets like Horace and Pindar count some occasional poems amongst their vast repertoires, and they have remained a staple of the portfolios of various poets all the way into the modern era.

Goethe even went so far as to call occasional poetry “the highest kind” of poetry due to its social significance.

Occasional poetry was almost certainly interwoven with the development of poetry even in its earliest stages.

There are famous examples from Chinese, Persian, Arabic, Japanese, Indian, French, German, and Italian cultures, just to name a few.

Occasional poems also remain one of the most enduring forms of poetry during historic periods in which poems are less common or popular.

Poems that are written to honor presidential inaugurations, national or local tragedies, and a variety of festivals and celebrations still factor into modern-day society with extraordinary levels of ubiquity.

If someone who hated reading only heard one poem in their entire life, it would most likely be an occasional poem that they just happened to be present for.

They’re practically an inevitability, despite their transient nature as poems that are often only fully relevant at the initial reading.

What Are Tips for Writing Occasional Poems?

Appeal to the audience and the occasion first and foremost.

Your entire focus as a writer should be on honoring the feelings of those present in a memorable way that helps them to feel some sense of validation and community.

To this end, do not get hung up on any self-mandated ruleset. If a rhyme scheme isn’t working, change it. If the meter is too restrictive, don’t use it.

An occasional poem is not a place to experiment with your craft or play with limitations.

It must invariably strive to connect the hearts of all those in attendance in some deep and meaningful way.

If you use imagery or metaphor, make sure it doesn’t overshadow the message of the poem. An occasional poem is often best when you ‘play it straight’ and stick to simple wordings that your audience will intuitively understand.

A poem for a funeral might include a very brief anecdote that showcases the good character of the deceased, but it must cycle back to broad points that every person in attendance can understand and relate to.

This might make an occasional poem sound impersonal, but it doesn’t necessarily need to be. Look for the common experiences or perspectives that most or all members of your audience will understand.

A gathering of Democrats will expect a different perspective than a gathering of Republicans would, as one example, and the poem should pay homage to those expectations.

Being selected to write an occasional poem is an honor and must be treated as a serious undertaking.

This is your chance to prove that you are capable of doing everything a writer needs to be able to do to succeed and contribute to society.

Knowing the audience, mastering tone and diction, and strengthening human connections to people and events through words are the hallmarks of an excellent writer, so aim high and write with confidence.

Occasional poems are always in demand regardless of the era.

This might sound cynical, but they’re a good source of income for freelancers, so keep that in mind if you’ll be pursuing writing as a profession.